CCIS Talk: Experience Continental: Driving with everything well within reach and view! by Bogdan Simonia

You are cordially invited to attend the following CCIS Talk:

Title: Experience Continental: Driving with everything well within reach and view! 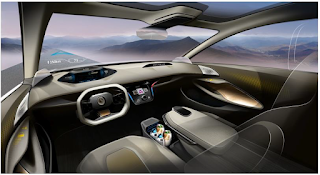 Our vision “Always On” sees the vehicle of the future as a partner that supports its users with intelligent solutions. For us, tomorrow’s vehicle is seamlessly connected, user-friendly, comfortable and intelligent. The holistic human-machine interface also plays a key role. It structures and visualizes information quickly and clearly, while taking into account the driving situation and the driver’s condition. Users are continuously receiving reliable feedback on all their actions. This strengthens their trust in individual vehicle functions and is an important aspect on the road toward automated driving.

In our Instrumentation & Driver HMI business unit we work on the best ways of processing, prioritizing and presenting information. With holistic solutions to the human-machine interface, Continental ensures that drivers intuitively receive the exact information they need to know whilst driving. In order to avoid driver distraction the prioritization of information on different displays, depending on vehicle and driving situation, is one of the key focuses of Continental. Beyond that innovative user interfaces for intuitive control of different functions are developed; this includes components as well as fully integrated systems and complete cockpit modules for all vehicle types and use cases. 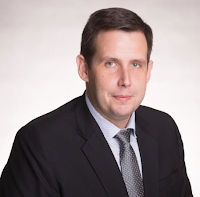 Mr Bogdan Simonia is the Director & Head of Research & Development (R&D) of Continental Automotive Components Malaysia Sdn Bhd. He joined the company in March 2015 and is based in the city of Prai, Penang state, Malaysia, where he spearheads the R&D Department. With his impressive track record, he was quickly promoted to R&D Director position since beginning of 2017.

At the young age of 7, Mr Simonia had already shown an exceptional interest in computers. His interest has only escalated from thereon and this lead him to further advance his studies in computer programming in high school. Later on, he enrolled in the Polytechnic University of Timisoara, where he graduated, in 2006, with a Bachelor Degree in “Systems and Computer Science”.

In his three years’ at Continental Malaysia, Mr Simonia has successfully achieved several important milestones, e.g. doubling of the engineering center size, introduction of 2 new products as well as gaining the trust of internal and external stake holders in future growth opportunities for the Malaysian location. Further, he has focused on building up the capability to develop full products for the automotive market out of Penang, by developing, in parallel to the R&D competences, the project management team.

Mr Simonia began his automotive career with Continental Automotive in Romania, at Timisoara, in 2004, where he started as a Software Engineer for instrument clusters for commercial vehicles, specifically, truck applications. In 2008, he became the Team Leader for a telematics and tolling R&D team, which was for the first time being setup in Romania.

Two years later, the scope of the team was expanded to a hardware and software platform team, serving a wide range of applications, from the traditional analog-digital instrument cluster to telematics, tolling and full digital cluster products. During this, he became a Certified SCRUM master as well, deploying AGILE practices in the organization. When he left Timisoara, in 2015, the platform team was running successfully with multiple projects in several markets.

Outside the office, Mr Simonia is a husband and a father of two boys, one of which was born in Malaysia. He relaxes by spending time with his family, occasionally plays tennis or taking a fishing trip.
Posted by YH Tay at 3/20/2018 11:46:00 PM